Serverless vs Containerization: Which One to Choose & Why

A lot has changed with the constant evolution of highly advanced serverless computing and container technologies making everything so smarter and easier to move forward in the next-gen world. Developers can quickly build applications using both serverless computing and containers with far less overhead and more flexibility than those built on traditional servers or virtual machines.

Serverless applications are scalable and more cost-effective than server applications, but what style of architecture is needed mainly depends on application needs. It has become a more common topic for developers to speak about serverless and containers like other cloud application trends.

Several believe that Serverless was originally developed as a containerization alternative, but it can be used with containers for the deployment of applications. Thus, it is important to understand that there isn’t just a performance difference between Serverless and Containerization, but also application scalability, longevity, and time-of-deployment.

Well, in this article, we will make a detailed comparison between Serverless and Containerization and help you find out which one is better and why. What are the similarities and differences between the two? How can you choose between them based on your application needs? So, before we begin, let’s look at a bit of the background.

What is Serverless Computing?

In a serverless application, functions are broken up and hosted by a third-party service provider, and the client is billed based on the number of features/functionalities run and used by them. Using serverless architecture, there’s no need to provision, manage, or maintain the infrastructure. Therefore, serverless computing is more cost-effective and comes with complete flexibility to pay as you go than traditional servers.

Why Use Serverless Functions?

Serverless functions provide numerous benefits to organizations as they allow developers to quickly write and execute and automate the process, and as well as make the application deployment faster with zero downtime. With serverless functions, you can improve the performance of your applications to make them more efficient and scalable.

Serverless computing provides a comprehensive range of benefits to businesses, allowing them to easily build, deploy, and run their applications with quicker time to market at significantly reduced cost without any requirements of provisioning, managing, and maintaining the architecture.

Benefits of serverless computing include:

Reduced cost: Serverless computing comes with flexible models where you just need to pay only for the resources that you use.
Accuracy: There’s nothing to worry about the backend architecture that makes functions run. Thus, developers can focus more on specific application functions and coding quality.
Quicker time to market: It saves developers time in determining and calculating the estimate and server space allocation.
Flexibility: The ability to scale up serverless models without any further involvement.

Containers are one type of virtualization architecture that contains both an application and all the needed things to run the applications, like system libraries and settings. Containers are faster and more lightweight than virtual machines because they come with a virtualized operating system in containers.

Containerized applications are portable and can be moved and run on different hosts as long as the host supports container runtime. Some of the most used and popular container orchestrators include Kubernetes, Docker Swarm, Amazon ECS, etc.

Containers do not contain operating system images without requiring more systems and resources in comparison to hardware virtual machines or traditional environments. Developers can easily deploy the applications to different hardware platforms and operating systems by running them in containers. As a result, you’ll be able to work with cloud vendors of your choice and enjoy unprecedented flexibility.

Similarities & Differences between Serverless and Containers

Although both serverless and containers technologies differ from each other, they have some similarities too, which are:

Following are the main differences between serverless and containers:

Supported host environments: You can use and run containers on Linux servers as well as on Windows servers. On the other hand, serverless runs on specific platforms that are based in the public cloud such as Azure Functions and AWS Lambda.
Self-servicing ability: In most cases, you need a public cloud if you want to use serverless functions. Containers allow you to configure your on-premises host environment, or you can use public cloud services such as ECS.
Cost: With serverless environments, you need to pay for the resources to use them as they are hosted in the cloud. While containers let you set up your container environment for free. Although it includes some managing costs.
Supported languages: Containers allow developers to containerize any programming applications as long as they are supported by the host server. Serverless architecture comes with different options and a limited number of languages. The supported languages may vary from serverless platform to platform.
Scalability: Serverless backend architecture automatically adapts to meet modern needs. In contrast, containers require a proper plan to scale up by obtaining server capacity.
Availability: It is often the case that serverless functions are designed to run for a few hundred seconds and after that, they get shut down. On the contrary, you can use containers for as long as needed.
Maintenance: Serverless environments are easy to maintain as you don’t need to care about software and updates. In a cloud environment, containers are running all the time and you have to pay for the resources or server space even when no applications are running.

Use Cases of Serverless Computing

The serverless architecture is best suited for performing tasks that last only a short time and managing workloads with irregular or unpredictable traffic. Below are the main use cases of serverless computing:
Security checks
An instance can be scanned for vulnerabilities or misconfigurations during container spin-up by invoking a function. Furthermore, one can use functions to perform SSH verification and two-factor authentication.

Asynchronous processing
These functions can handle application tasks that occur behind the scenes, such as transcoding videos after upload or rendering product information, without causing the application to stop responding or introducing user-visible latency.

Building RESTful APIs
To build RESTful APIs that scale with demand, you can combine Amazon API Gateway with serverless functions.

Use Cases for Containerization

Provide DevOps support for CI/CD: A container-based approach simplifies the process of building, testing, and deploying from the same images.
Refactor existing applications for containers: The refactoring process is more time-consuming than lift-and-shift migration, but it enables a container environment to function to its full potential.
Better support for microservices architectures: Individual building blocks of containers can be used to isolate, deploy, and scale distributed applications and microservices more easily.
Build new container-native applications: Containers can be fully benefited from this approach just as they can be fully benefited from refactoring.

Serverless Or Containers – Which One to Choose & Why?

Following are a few reasons to choose serverless architecture:

Containers perfect fit when you want to:

How should you make your decision? Each option seems to be good in its own right. Based on the use case, both may be better or worse options. So, there cannot be any predefined solution.

The first step in moving some parts of your existing application to functions may be to run it in containers, as it may be large and on-premises. Serverless computing is an option if your application is already microservices-based, and you do not want to be tied to a vendor.

In particular, serverless architecture is cost-effective, and therefore worthy of your attention. Despite what has already been said, we cannot say that serverless containers will be down. At least not yet. However, container technologies and serverless technologies are both undergoing rapid developments, and their futures will be fascinating to watch in near future. 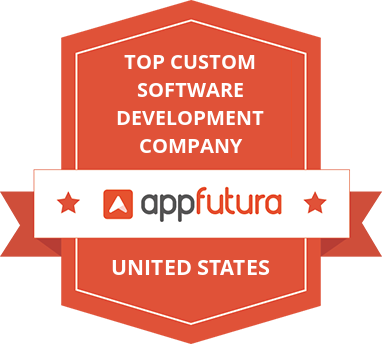